Safer and stronger communities in France 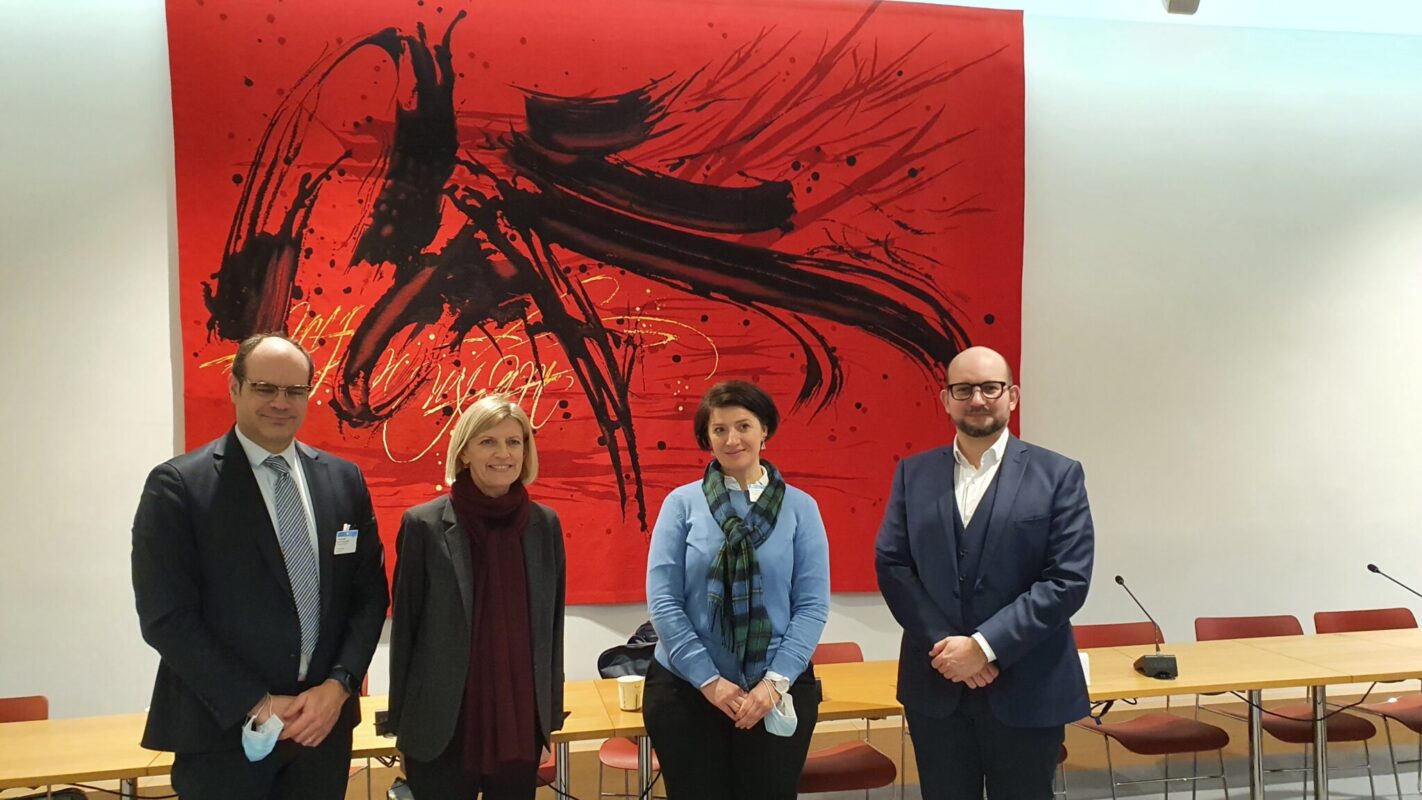 The safety of worship places in France, and Europe in general, was brought into focus by the Conference of European Churches (CEC) in a meeting held in Paris between CEC President Rev. Christian Krieger, CEC Executive Secretary for Human Rights Dr Elizabeta Kitanovic and members of the French Parliament Isabelle Florennes and Ludovic Mendes on 10 February.

They discussed the finalisation of a report on the protection of public spaces in France, initiated by the current French Prime Minister Jean Castex. The main points addressed were possible roots of antireligious acts in France, an assessment of the prevention of such acts, exchange between religious communities and the state administration about the treatment of such acts, official communication, and useful proposals and good practices to prevent attacks on religious communities and their property.

Rev. Krieger explained the general nature of worship places, as well as various traditions and distinctions as to what is regarded a sacred place. He spoke about current geopolitics related to various conflicts in Europe, where churches have become involved, as well as threats to their communities and property and various attacks on their religious identity.

“While everyone is aware that some places are holy to specific religions, we should note that every person, regardless of their faith or belief, may hold certain places sacred, such as cemeteries and memorials etc.” he said. “This insight into a concept very close to human identity can help us appreciate the importance of protecting sacred places as part of the heritage of humanity.”

Rev. Krieger went on to say, “The importance of issues raised in the meeting about preventive methodology and involvement of religious communities, in particular, were underlined and welcomed. This is a great recognition of the work done in CEC by Dr Kitanović and its Thematic Group on Human Rights.”

Dr Elizabeta Kitanović presented the project Safer and Stronger Communities in Europe (SASCE), funded by the European Commission, and carried out by CEC, together with the European Jewish Congress Security and Crisis Centre, Faith Matters and the European Buddhist Union.

The members of parliament, mandated by the French Prime Minister for an exploratory mission on the security of places of worship, showed great interest in the SASCE project.