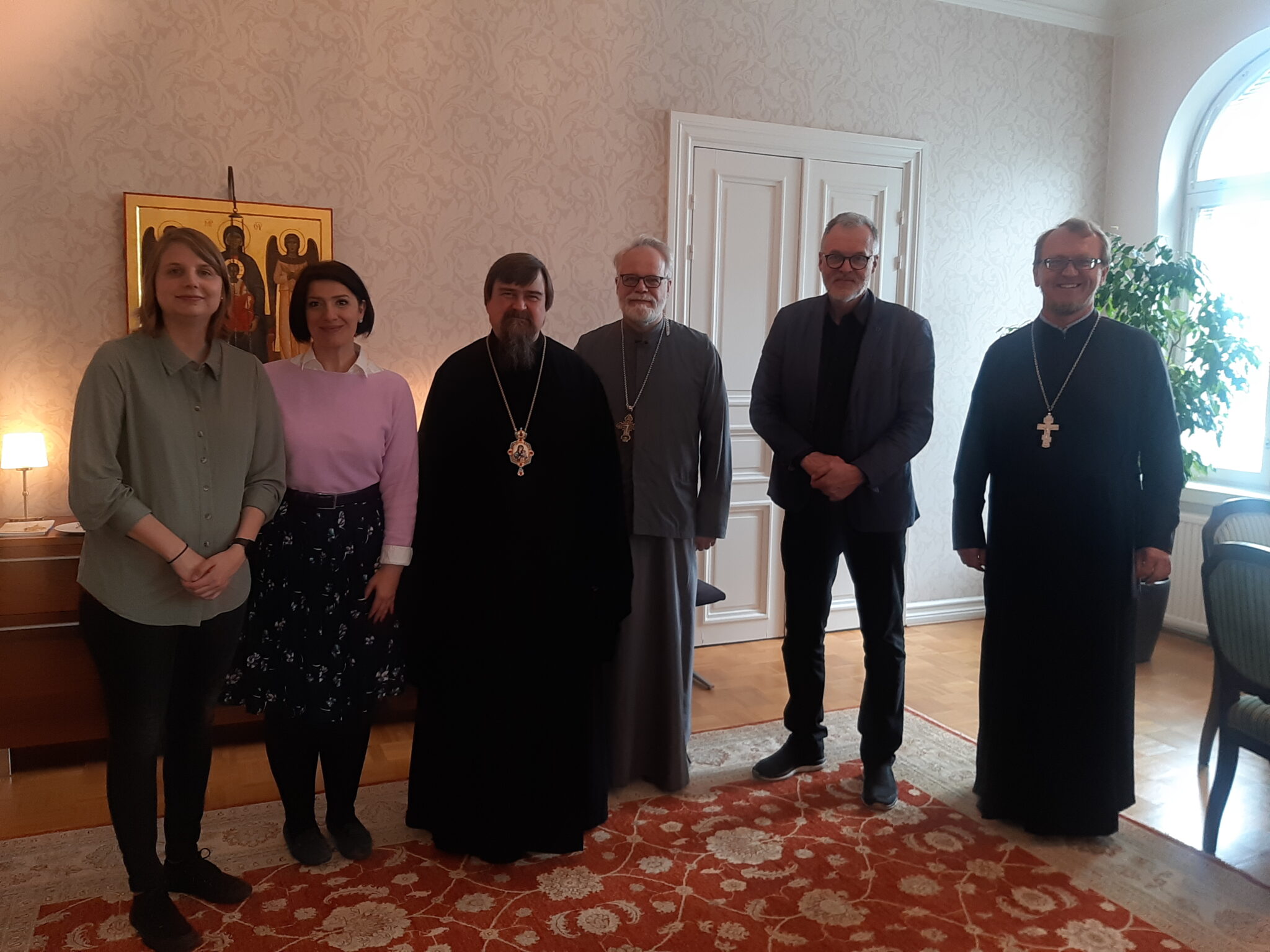 The Conference of European Churches (CEC), together with the Orthodox Church of Finland held a briefing and training for the church leaders and the church staff on the protection of the worship places on 8 June. The event was held as part of the project Safer and Stronger Communities in Europe (SASCE) funded by the European Commission Internal Police Fund, and the training was conducted by CEC Executive Secretary for Human Rights Dr Elizabeta Kitanovic.

The event was also attended by the representatives of the Evangelical Lutheran Church in Finland and Muslim community in Finland.

The participants discussed new legislative proposals related to the ban on ritual slaughtering and circumcision, which may affect aspects of freedom of religion and belief in Finland. Among other topics discussed were reports of the Finnish security intelligence service (SUPO) and potential risks to Finnish society by terrorists or far-right extremists. The participants also exchanged on issues related to attacks on ethnic and religious minorities, and links of some groups to the Siege culture supporting white supremacy, which incite violence towards to social collapse.

“Security contributes to the well-being of both the individual and the community,” said Bishop Sergei of Hamina, from the Helsinki Orthodox Diocese.

He went on to say “the sense of a church building as a safe place historically was so essential that this right was carved on the altar stone or a pillar that served as a border for the area, where the asylum seeker could have stayed. This can be found in the epigraphic inscriptions in the ruins of churches dating back to the fifth century, including in Asia Minor and present-day Syria.”

“Church buildings have functioned as places of safety for an extended period. Unfortunately, we are also reminded that this is not always the case. Today we are watching with heavy hearts how Russia’s war has destroyed almost two hundred churches of various denominations in Ukraine, causing suffering and death to those seeking refuge there,” said Bishop Sergei.

At the training, SASCE materials were delivered to the participants in Finnish, and resources related to crisis management for religious communities were shared with the audience.